Give it Twice Trust 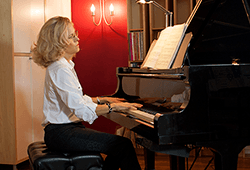 While visiting the Wills Planner on her favorite charity's website, June, a surviving spouse, came across the idea of a Give it Twice Trust. She contacted us for more information and a gift planner at Jesuits West explained the concept as a way to first give income to children through a trust and then transfer the trust balance to the Jesuits in the future.

June: "Fred and I talked about this before he passed away. We both agreed that we wanted to treat each of our four children equally and also provide a benefit to Jesuits West."

The gift planner told June that with her estate of $800,000 she would have the ability to do something significant for both her family and the Jesuits. June was concerned because while her three older children are financially responsible, her youngest, Jim, "spends money like water." June was afraid that if Jim were to receive cash in a lump sum he would spend it right away.

The gift planner explained that the "Give It Twice" plan could be very helpful. June could transfer $400,000 from her IRA at death to the trust. Her children would each receive one-fourth of the income from the trust over 20 years. That would give Jim a chance to learn to save and invest. After that time, the trust balance would benefit her charity. In addition, by using her IRA, June could save on income tax because the special trust is tax-exempt.

June: "I established a Give it Twice Trust and was thrilled with the plan. The prospect of helping my four children and Jesuits West made me happy and I knew that it was the right thing to do." 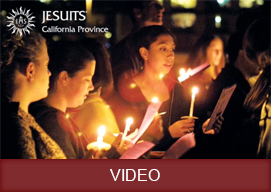